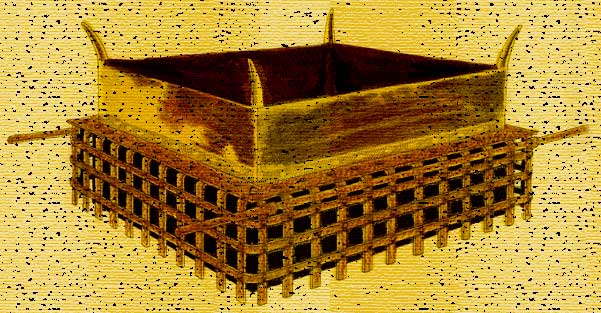 If you think about it, the High Priest and the Lamb are two sides of the same spiritual coin. Neither one could fulfill their life’s purpose without the other.

The High Priest, as he walked and guided the lamb down the center of the city, briefly closed his eyes and inhaled deeply. He concentrated on the dressing ritual he just finished and went through the mental task list to make sure there was nothing he missed. He was interrupted by the savory smell of mutton cooked in olive oil, and immediately he remembered the task at hand.

He looked down and made eye contact with the precious animal he was guiding, and he mentally noted the ironic beauty in the events of the day. This small creature had no idea what its job was for the day, yet it seemed perfectly content with the way things were going. There was a bliss in the ignorance. With each step, other sheep from various households would bleat almost as if to tell this lamb what was about to happen. In utter joy or perhaps stupidity, the animal would answer back as if not believing what they were saying. It was almost a shame that its end would come very soon. No matter though. It had to be done.

Taking each step, the priest became more and more aware of the weight both figuratively and literally. Figuratively in the sense that he knew that what he was doing was something that he could not afford to mess up. Literally in the sense of the physical discomfort he felt wearing the necessary garments. The vest alone weighed him down, but it was a vital piece of the overall ensemble.

The High Priest silently prayed as he walked to make sure his heart and attitude were right. For a little while he could concentrate on the blessings that he as praying, but as he came closer to the Temple, he could hear the near-deafening activity that was happening in the courtyard. As he entered the front gate, a domino effect of attention was directed at him, and one by one people took notice of the fact that he was entering. The sound started to diminish, and even the commerce halted.

After the introductions, quotes, songs and psalms, the priest went about his duty and bound the feet of the lamb to bring about full submission. He readied the bowl in which he would collect the blood and looked up to make sure the fire was burning.

He raised the ceremonial knife and said a final prayer. His hands shook as if it were his first time.

One thought on “The Approach”