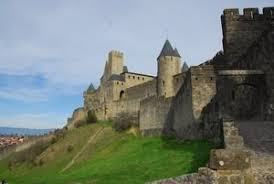 …When the little girl realized what was in front of her, she ran back to the newly built city government building.  She told them the whole story, yet none of them showed any compassion. It is as most of the leaders already knew about this, and tried to forget about it.

One man, who had built the fortress wall with his own hands, became angry when the little girl shared the story. “Those people would have ruined our community,” he yelled with force. “They would have also taken all of our water.” Across the table sat a lady who had been one of the first members of this community. She was one who had wandered into the camp dying of thirst, when it was small. “They should have thought about where they were going before they wandered out into the wilderness,” she squawked. As she was saying this and flapping her arms around, she hit her glass of water and spilled it on the ground. All around the table were in agreement and had the little girl taken away.

As time went on, more and more people wandered to the outskirts of the city, but could never get in. Within the city walls, commerce grew, and the walls expanded to make room for the new marketplace that was being constructed. This marketplace was the new center of the city, and was filled with wonderful fruits and vegetables that were grown as a result of the irrigation from the spring. As the fruit and vegetable demand grew, the citizens of the city created fruit and vegetable juice drinks to supplement. They had gotten tired of consuming the same water for such a long time, and wanted something more appealing to the senses.

As the little girl thought about what she saw on the outside of the walls, she had an idea. She decided to save up some of the water that she would normally drink, and use for other things, so she could bring some to those that were lost outside of the walls.  At first, when she stepped outside, she was scared. She had never done something like this before. It was frightening being around all of the corpses, and the aroma was unpleasant.

Each day she went outside, and waited for people, but no one showed up. On day 10, however, she saw a man stumbling in the distance. His clothes were torn, and he was covered in dirt. At that point, the little girl had collected several jars, so she ran up to him and offered him one. The man was so thankful. As he sat down to drink, he began to look around, and eventually noticed the bodies….